The cratered top of Mount St. Helens steams periodically, reminding those who dare to explore its slopes that this volcano is still very much alive.

Like a napping giant, Mount St. Helen’s mouth-like crater spews plumes of lava-heated smoke. It’s a reminder that, even though the peak hasn’t had a major eruption for more than 40 years, it’s not done.

May 18, 1980, Mount St. Helens forever changed the landscape of the Pacific Northwest. While its eruption was small by volcanic standards, the force of its blast was the largest and most destructive in US history. The eruption collapsed the north side of the mountain, creating the biggest recorded landslide in modern times. The debris and mud (known as lahar) flowed all the way to the Columbia River, taking it 17 miles from the mountain and over terrain that was 600 feet deep in places.

During its explosion, Mount St. Helens lost 1,300 feet of its elevation. The formerly symmetrical cone became a 2-mile-wide crater. Today, its edges remain jagged and haunting in their beauty.

The blast generated roughly 500 times the force of the atomic bomb dropped on Hiroshima. It claimed 57 lives. The ash plume rose 15 miles high. And, the lahar destroyed roads, forests, and homes for more than 185 miles.

From the Ashes Mother Nature Rises 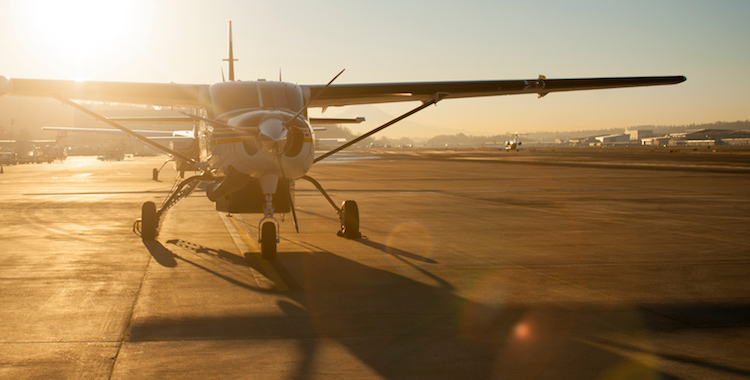 Today, scientists consider Mount St. Helens a world-class outdoor laboratory. It’s one of the few instances in modern times where we have been able to witness old-growth forests begin to re-establish their roots.

As the eco-system continues to recover, the landscape is the epitome of re-birth. Plants that can survive off nitrogen absorbed through their air rather than the soil began to first take root – like the Prairie Lupine. Today, vast hillsides are scattered with wildflowers and prairie land. And, insects and animals have returned.

Soar Above the Steaming Crater The eruption left the mountain at a staggering 8,363 feet. It created a horseshoe-shaped crater. At its center rests a lava dome, from which plumes of superheated steam erupt.

Scientists have confirmed that fresh molten rock has been recharging the volcano since 2008, building a magma reservoir. While there’s no accurate prediction of when, it’s safe to say that the giant will indeed wake.

The only question is, will you see the steam rise before it erupts again? See All Entries
Beyond the Well-Worn Track at Eagle Nook